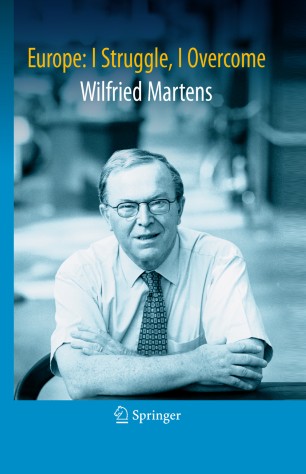 Europe: I Struggle, I Overcome

Wilfried Martens has devoted his entire life to  politics: as student leader, youth activist, President of the Flemish Christian Democrats, Prime Minister of Belgium, President of the European People's Party and European statesman. In his autobiography Martens offers the inside story on running a complex country like Belgium, fighting for European integration and unification, and transforming the European People's Party into a strong, united centre-right movement and leading European political family. Above all, this is  book about the intricacies of European politics and its guiding ideas, values and principles.

The processing of the manuscript was concluded in 2008.