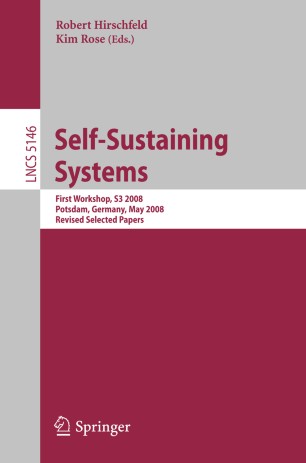 This book constitutes the refereed proceedings of the First Workshop on Self-sustaining Systems, S3, held in Potsdam, Germany, in May 2008.

S3 is a forum for discussion of topics relating to computer systems and languages that are able to bootstrap, implement, modify, and maintain themselves. One property of these systems is that their implementation is based on small but powerful abstractions; examples include (amongst others) Squeak/Smalltalk, COLA, Klein/Self, PyPy/Python, Rubinius/Ruby, and Lisp. Such systems are the engines of their own replacement, giving researchers and developers great power to experiment with, and explore future directions from within their own small language kernels.