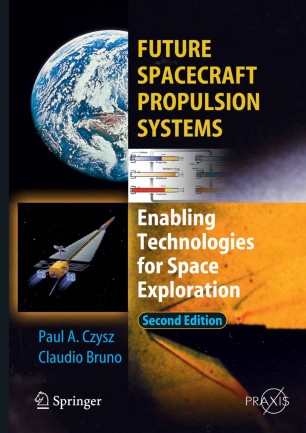 This third edition of Future Spacecraft Propulsion Systems and Integration – Enabling Technologies for Space Exploration, has been updated and expanded. The major addition addresses the multi-disciplinary integration between the spectrum of hypersonic vehicles to reach Earth orbit and that of their propulsion systems. A best-practice sizing approach is presented to define the solution spaces and facilitate the correct design of these integrated flight vehicles to mission. This pragmatic approach is the essential capability sought after by design teams, technology forecasters and strategic planners alike, and includes lesson learned and space launchers as examples from the past.

Among novel systems, the chapter on future combined engines includes now description and performance of pulsed detonation engines. All aspects of space flight discussed in the first two editions have been updated and augmented to account for the many changes in technology, policy and space objectives following the demise of the US Shuttle and the appearance of private space companies.

Accordingly, the chapters dealing with near-Earth, interplanetary, galactic and future breakthrough propulsion have been expanded to include new applications, such as nuclear magnetic pulses, recent concept powered by inertial fusion, and new issues as, for instance, space radiation, a major obstacle to space exploration and commercialization in the years to come.

This book can be useful to graduate students and teachers, as well as industrial organizations and planners.