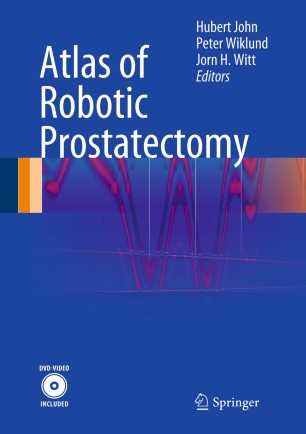 In many centers of excellence in Urology, robotic prostatectomy has become the first choice for the surgical treatment of localized prostate cancer owing to benefits such as reduced pain and minimization of impotence and incontinence. This atlas, specifically designed for use by surgeons, provides a beautifully illustrated, step-by-step guide to all aspects of the procedure. The various techniques that can be employed to achieve excellent oncological and functional results are carefully depicted in appropriate detail; for example, nerve-sparing techniques, bladder neck reconstruction, and approaches aimed at the early restoration of continence are clearly described. Special situations, such as prior prostate surgery, a large prostate, and salvage prostatectomy, are also fully covered. The information contained in this atlas will be of great value in enabling surgeons to improve their results and to take full advantage of the benefits of robotic prostatectomy compared with open prostatectomy.

The authors have received the following award for their video on  Radical Robotic Cystectomy: 2nd video award from the European Urological Association 2008, Milan.

They are involved in the following teaching courses:

- Live surgery Symposiums in Gronau, held annually in the fall since 2007.