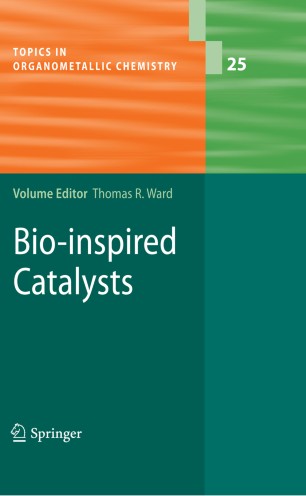 In order to meet the ever-increasing demands for enantiopure compounds, heteroge- ous, homogeneous and enzymatic catalysis evolved independently in the past. Although all three approaches have yielded industrially viable processes, the latter two are the most widely used and can be regarded as complementary in many respects. Despite the progress in structural, computational and mechanistic studies, however, to date there is no universal recipe for the optimization of catalytic processes. Thus, a trial-and-error approach remains predominant in catalyst discovery and optimization. With the aim of complementing the well-established fields of homogeneous and enzymatic catalysis, organocatalysis and artificial metalloenzymes have enjoyed a recent revival. Artificial metalloenzymes, which are the focus of this book, result from comb- ing an active but unselective organometallic moiety with a macromolecular host. Kaiser and Whitesides suggested the possibility of creating artificial metallo- zymes as long ago as the late 1970s. However, there was a widespread belief that proteins and organometallic catalysts were incompatible with each other. This severely hampered research in this area at the interface between homogeneous and enzymatic catalysis. Since 2000, however, there has been a growing interest in the field of artificial metalloenzymes for enantioselective catalysis. The current state of the art and the potential for future development are p- sented in five well-balanced chapters. G. Roelfes, B. Feringa et al. summarize research relying on DNA as a macromolecular host for enantioselective catalysis.