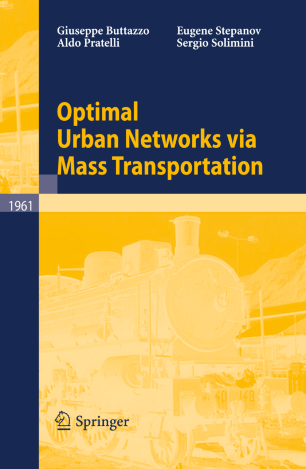 Recently much attention has been devoted to the optimization of transportation networks in a given geographic area. One assumes the distributions of population and of services/workplaces (i.e. the network's sources and sinks) are known, as well as the costs of movement with/without the network, and the cost of constructing/maintaining it. Both the long-term optimization and the short-term, "who goes where" optimization are considered. These models can also be adapted for the optimization of other types of networks, such as telecommunications, pipeline or drainage networks. In the monograph we study the most general problem settings, namely, when neither the shape nor even the topology of the network to be constructed is known a priori.