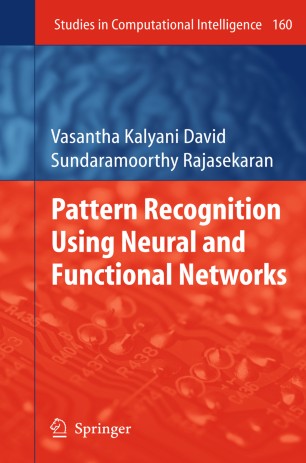 The concept of pattern is universal in intelligence and discovery. The patterns in biological data contain knowledge. Discrimination of signal pattern allows personal identification by voice, hand writing, finger prints, facial images, recognition of speech, written characters and also scenes in images like identification of military targets based on radar, infrared, and video images. Possibilities are enormous in geologic, climatic, meteorologic, personality, cultural, historical, spectral, electromagnetic as well as from microscopic images of cells to macroscopic images of regions of the earth obtained from satellite scans and radio telescope images of galaxies. It is up to the researcher in some area to glean the essentials and begin to explore the classification and recognition of patterns in data that will lead to discoveries of associations and cause – effect relationships.

Two outlines are suggested as the possible tracks for pattern recognition. They are neural networks and functional networks. A new approach to pattern recognition using microARTMAP and wavelet transforms in the context of hand written characters, gestures and signatures have been dealt. The Kohonen Network, Back Propagation Networks and Competitive Hopfield Neural Network have been considered for various applications. Functional networks, being a generalized form of Neural Networks where functions are learned rather than weights is compared with Multiple Regression Analysis for some applications and the results are seen to be coincident.