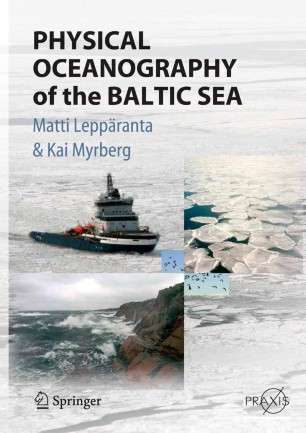 Physical Oceanography of the Baltic Sea

The Baltic Sea oceanographic research community is wide and the research history is over 100 years old. Nevertheless, there is still no single, coherent book on the physical oceanography of the Baltic Sea as a whole. There is a strong need for such a book, coming from working oceanographers as well as the university teaching programmes in advanced undergraduate to graduate levels.

In the regional conference series in physical oceanography (Baltic Sea Science Conference, Baltic Sea Oceanographers' conference, Baltex-conferences) about 500 scientists take part regularly. Even more scientists work in the fields of marine biology, chemistry and the environment, and they need information on the physics of the Baltic Sea as well. There are nine countries bordering on the Baltic Sea and five more in the runoff area. The Baltic Sea as a source of fish, means of transportation and leisure activities is highly important to the regional society. In the runoff area there are a total of 85 million people. Research and protection strategies need to be developed, as the Baltic Sea is probably the most polluted sea in the world.

Since the Baltic Sea has become an inner sea of the EU (apart from small shore parts of Russia in Petersburg and Kaliningrad), it is anticipated that the importance of the region will consequently rise. The book will arouse interest among students, scientists and decision makers involved with the Baltic problems. It will also give important background information for those working with biogeochemical processes in the Baltic Sea, because the physical forcing for those processes is of vital importance.