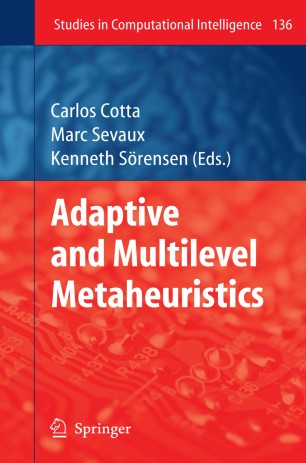 One of the keystones in practical metaheuristic problem-solving is the fact that tuning the optimization technique to the problem under consideration is crucial for achieving top performance. This tuning/customization is usually in the hands of the algorithm designer, and despite some methodological attempts, it largely remains a scientific art. Transferring a part of this customization effort to the algorithm itself -endowing it with smart mechanisms to self-adapt to the problem- has been a long pursued goal in the field of metaheuristics.

These mechanisms can involve different aspects of the algorithm, such as for example, self-adjusting the parameters, self-adapting the functioning of internal components, evolving search strategies, etc.