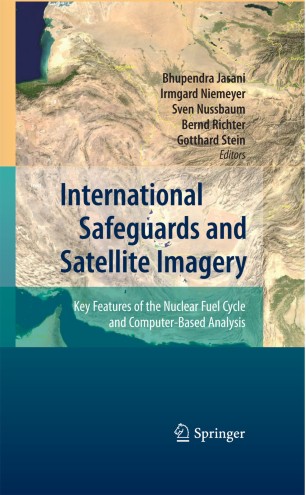 Key Features of the Nuclear Fuel Cycle and Computer-Based Analysis

With the considerable advances made in the quality of sensors on board commercial observation satellites, information gained from them not only became widely available, but very useful for the verification of a number of arms control treaties including the Treaty on the Non-Proliferation of Nuclear Weapons (the NPT). Satellites have begun to play an important role in the safeguards procedures under the NPT. For example, from satellites, nuclear facilities and activities such as the construction and shapes of buildings (including underground activities), plant expansion, and changes in operational status can be monitored.

For an effective use of satellite imagery, it is important to determine identifiable signatures related to nuclear facilities that could be used in the interpretation and verification of activities. The book presents studies on visual and computer-based interpretation of remote sensing data for international safeguards purposes.