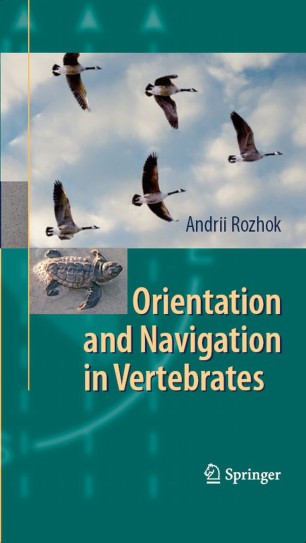 Orientation and Navigation in Vertebrates

This book reviews all major models and hypotheses concerning the mechanisms supposed to underlie the process of navigation in vertebrates.

It covers data on all major model groups of vertebrates studied in the context of animal navigation, such as migratory birds, homing pigeons, sea turtles, subterranean mammals and some migratory fish species. Some other – less studied – groups, e.g., whales, have also been touched.

The first part of the book describes different sources of navigational information, with their specific navigational mechanisms known or supposed to be employed by animals for navigational goals. The second part discusses possible functions of these mechanisms in different vertebrates and in the context of different navigational tasks, ranging from short-range navigation, often performed by animals within as small an area as several square meters, to long-distance global-scale migrations performed by many birds and some sea turtles during their lifespan.