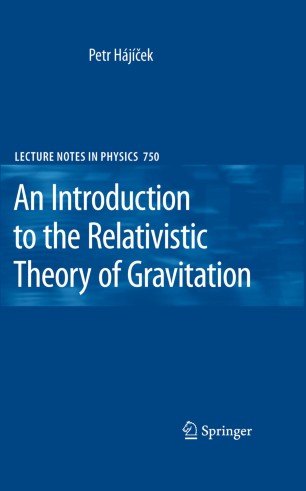 An Introduction to the Relativistic Theory of Gravitation

The geometric interpretation of gravitation is one of the major foundations of modern theoretical physics. This primer introduces classical general relativity with emphasis on the clarity of conceptual structure and on the basic mathematical methods to build up systematically application skills. The wealth of physical phenomena entailed by the Einstein‘s equations is revealed with the help of specific models describing gravitomagnetism, gravitational waves, cosmology, gravitational collapse and black holes. End-of-chapter exercises complete the main text.

This book is based on class-tested notes for courses that have been held by the author over many years at the University of Bern, where Einstein worked at the local patent office and where the foundations of special relativity were laid.