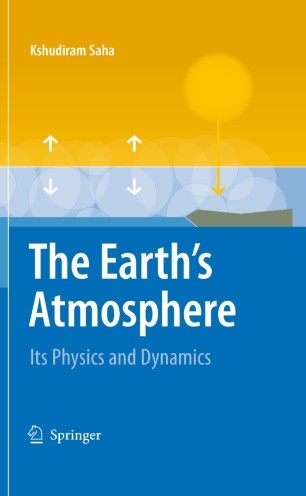 Its Physics and Dynamics

This book covers a wide area of the atmospheric science, focusing particularly on those physical and dynamical aspects of our environment which tend to create heat sources and sinks in the earth-atmosphere system and which it seeks to balance through circulation at different time and space scales. The processes of heat transfer in the atmosphere and ocean by general circulation and by waves and oscillations are discussed in detail. The heat balance of the atmosphere is considered, after taking into consideration the role of various types of greenhouse gases that may be present. In this context, the publication of the book will be very timely and will be welcomed by all those interested in knowing more about our atmosphere and the way it works, especially with regard to the contentious issue of global warming by greenhouse gases released by human activities on earth.

Starting with the origin, composition and structure of the atmosphere, the physics part deals with the laws of heat and thermodynamics of dry and moist air, water vapor and its transformation into different phases and formation of cloud and rain under different stability conditions, solar and terrestrial radiation and their impact on the gaseous envelope in different layers of the atmosphere which create sources and sinks in different parts of the atmosphere especially in its boundary layers. The dynamics part highlights the various types of motion systems including the general circulation of waves and oscillations which create the heat balance in the earth-atmosphere system.