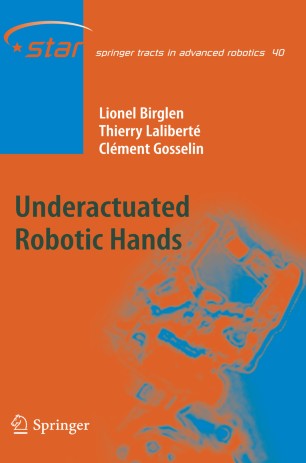 Grasping and manipulation skills are at the core of the development of modern robotic systems. With the introduction of robotics in new applications involving unstructured environments (e.g. space, undersea, surgery), intelligent manipulation and grasping has become a crucial research area. The authors have developed an internationally recognized expertise in this area. Additionally, they designed and built several prototypes which attracted the attention of the scientific community. Their work was reported in several publications which appeared in the most renowned journals and conferences.

The purpose of this book is to summarize years of research and to present, in an attractive format, the expertise developed by the authors on a new technology for grasping—namely underactuation—which has achieved great success both in theory and in practice. This book is not intended to be used as a textbook but could be used as a reference at the post-graduate level.