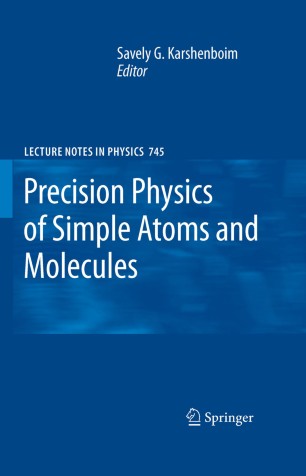 This is the third in a series of topical-review volumes about the precision physics of simple atoms all published in LNP. The simplicity of atoms allows one to use them as a tool to explore effects beyond atomic physics ranging from fundamental constants and fundamental symmetries to particle and nuclear properties. This volume, like its predecessors, presents multidisciplinary treatments of important areas and new developments within precision physics. It concentrates on new topics and those not treated in the previous volumes. For example, on the proton structure and its effects on the energy levels, on simple molecules, on atoms somewhat more complicated than hydrogen (such as lithium), on exotic atoms and atoms with exotic nuclei.