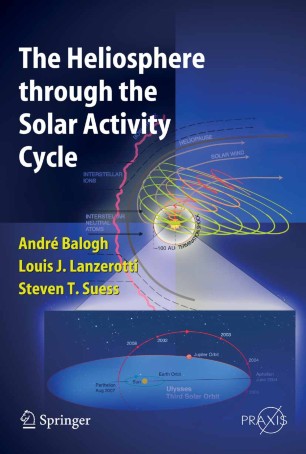 The Heliosphere through the Solar Activity Cycle

Understanding how the Sun changes though its 11-year sunspot cycle and how these changes affect the vast space around the Sun – the heliosphere – has been one of the principal objectives of space research since the advent of the space age. This book presents the evolution of the heliosphere through an entire solar activity cycle. The last solar cycle (cycle 23) has been the best observed from both the Earth and from a fleet of spacecraft. Of these, the joint ESA-NASA Ulysses probe has provided continuous observations of the state of the heliosphere since 1990 from a unique vantage point, that of a nearly polar orbit around the Sun. Ulysses’ results affect our understanding of the heliosphere from the interior of the Sun to the interstellar medium - beyond the outer boundary of the heliosphere. Written by scientists closely associated with the Ulysses mission, the book describes and explains the many different aspects of changes in the heliosphere in response to solar activity. In particular, the authors describe the rise in solar activity from the last minimum in solar activity in 1996 to its maximum in 2000 and the subsequent decline in activity.