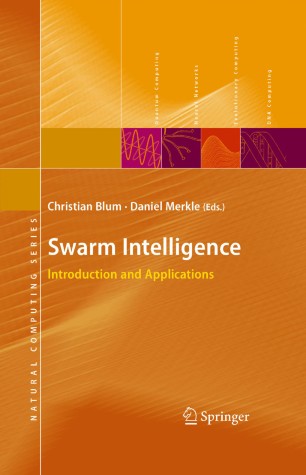 The laws that govern the collective behavior of social insects, flocks of birds, or fish schools continue to mesmerize researchers. While individuals are rather unsophisticated, in cooperation they can solve complex tasks, a prime example being the ability of ant colonies to find shortest paths between their nests and food sources. Task-solving results from self-organization, which often evolves from simple means of communication, either directly or indirectly via changing the environment, the latter referred to as stigmergy. Scientists have applied these principles in new approaches, for example to optimization and the control of robots. Characteristics of the resulting systems include robustness and flexibility. This field of research is now referred to as swarm intelligence.

The contributing authors are among the top researchers in their domain. The book is intended to provide an overview of swarm intelligence to novices, and to offer researchers in the field an update on interesting recent developments. Introductory chapters deal with the biological foundations, optimization, swarm robotics, and applications in new-generation telecommunication networks, while the second part contains chapters on more specific topics of swarm intelligence research such as the evolution of robot behavior, the use of particle swarms for dynamic optimization, and organic computing.

"This book, edited by Christian Blum and Daniel Merkle, gives us the state of the art in this new and intriguing field of research, through a collection of eight chapters written by leading experts in the field. … Overall, this book is successful in presenting how naturally inspired design differs from traditional approaches … . an interesting read for researchers, to learn the latest developments in this fascinating field, and also for beginners, to get an introduction to swarm intelligence topics and applications." (Alessandro Berni, ACM Computing Reviews, June, 2009)