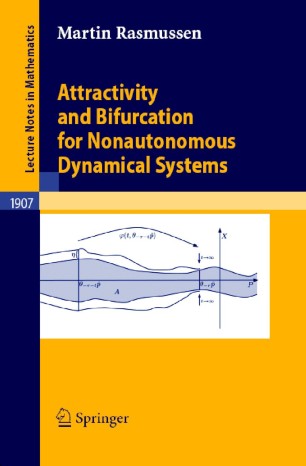 Although, bifurcation theory of equations with autonomous and periodic time dependence is a major object of research in the study of dynamical systems since decades, the notion of a nonautonomous bifurcation is not yet established. In this book, two different approaches are developed which are based on special definitions of local attractivity and repulsivity. It is shown that these notions lead to nonautonomous Morse decompositions, which are useful to describe the global asymptotic behavior of systems on compact phase spaces. Furthermore, methods from the qualitative theory for linear and nonlinear systems are derived, and nonautonomous counterparts of the classical one-dimensional autonomous bifurcation patterns are developed.