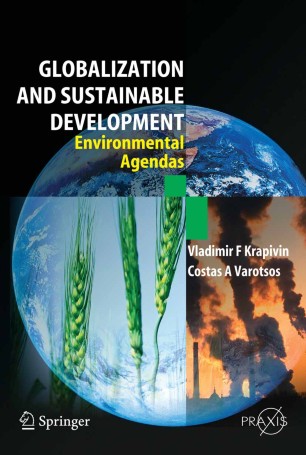 A characteristic of the present global ecological situation is increasing instability or— put another way—a crisis in the civilization system, the global scale of which is expressed through a deterioration of human and animal habitats. The most sub­ stantial features of global ecodynamics of the late 20th and early 21st centuries include the rapid increase in world population (mainly in developing countries), increase in the size of the urban population (considerable growth in the number of megalopolises), and increase in the scales of such dangerous diseases as HIV/AIDS, hepatitis, tuberculosis, etc. With growing population size the problems of providing people with food and improving their living conditions in many regions will not only not be resolved but will become even more urgent. Any possible benefit from decrease in per capita consumption as a result of increased efficiency of technologies will be outweighed by the impact of such a growth in population size. Despite the predom­ inant increase of population in developing countries, their contribution to the impact on the environment will not necessarily exceed that of developed countries. Key to ensuring sustainable development of the nature/society system (NSS) is the relation­ ship between production and consumption, as mentioned at the World Summit on Sustainable Development in Johannesburg (2002). As civilization has developed, so the problem of predicting the scale of expected climate change and associated change in human habitats has become more urgent.