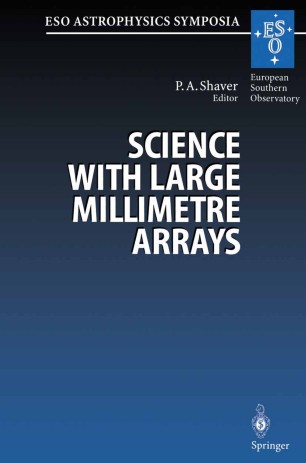 Proceedings of the ESO-IRAM-NFRA-Onsala Workshop, Held at Garching, Germany 11–13 December 1995

The next major step in millimetre astronomy, and one of the highest-priority items in radio astronomy today, is a very large millimetre array. It will be the millimetre counterpart of the Hubble Space telescope and the new optical telescopes currently under construction, such as ESOs Very Large Telescope. As such it will produce a wide range of important scientific results in all areas of modern astrophysics, particularly cosmology and the origins of galaxies, stars, and planets. This book summarizes the exciting science that will become possible, ranging from the most distant and earliest galaxies to the chemistry and physics of star and planet formation. There are also a number of papers on the European concept and project for a large millimetre array in the southern hemisphere.