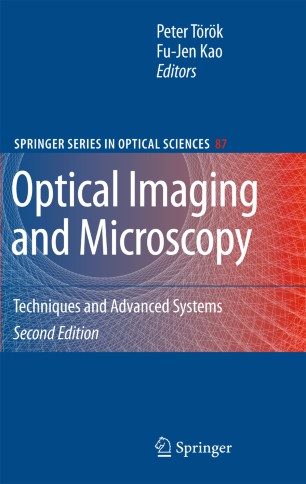 This text on contemporary optical systems is intended for optical researchers and engineers, graduate students and optical microscopists in the biological and biomedical sciences. This second edition contains two completely new chapters. In addition most of the chapters from the first edition have been revised and updated. The book consists of three parts: The first discusses high-aperture optical systems, which form the backbone of optical microscopes. An example is a chapter new in the second edition on the emerging field of high numerical aperture diffractive lenses which seems to have particular promise in improving the correction of lenses. In this part particular attention is paid to optical data storage. The second part is on the use of non-linear optical techniques, including nonlinear optical excitation (total internal reflection fluorescence, second and third harmonic generation and two photon microscopy) and non-linear spectroscopy (CARS). The final part of the book presents miscellaneous techniques that are either novel or well known but finding new applications. An example of the latter is photonic force microscopy that is now rapidly becoming an exciting and indispensable tool in shedding light on the inner working of certain cells or measuring nano-mechanical properties of single molecules.