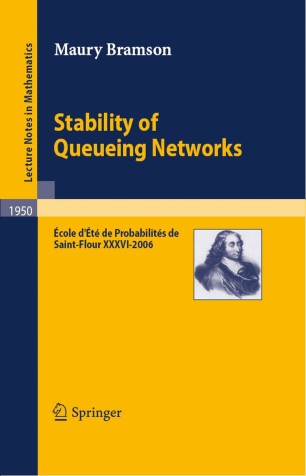 Queueing networks constitute a large family of stochastic models, involving jobs that enter a network, compete for service, and eventually leave the network upon completion of service. Since the early 1990s, substantial attention has been devoted to the question of when such networks are stable.

This volume presents a summary of such work. Emphasis is placed on the use of fluid models in showing stability, and on examples of queueing networks that are unstable even when the arrival rate is less than the service rate.

The material of this volume is based on a series of nine lectures given at the Saint-Flour Probability Summer School 2006.
Lectures were also given by Alice Guionnet and Steffen Lauritzen.