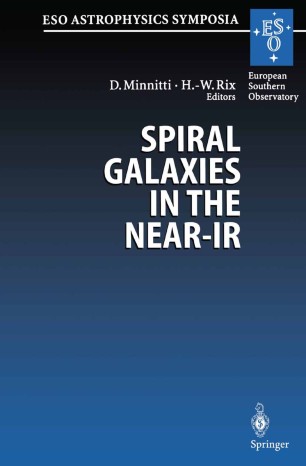 Spiral Galaxies in the Near-IR

Proceedings of the ESO/MPA Workshop Held at Garching, Germany, 7–9 June 1995

This book contains a complete and up-to-date review of spiral galaxies, focussing on recent progress in our understanding that became possible through the arrival of array detectors for the near IR. Both state-of-the-art IR observations and theoretical modeling of disk galaxies are presented. Special emphasis is placed on the old and young stellar populations, both in resolved galaxies and in more distant ones. The nuclear activity of disk galaxies is treated in depth, from our Galactic center to quasars along with detailed descriptions of the influence of dust.
This book is addressed to professional astronomers and students, including observers and theorists.