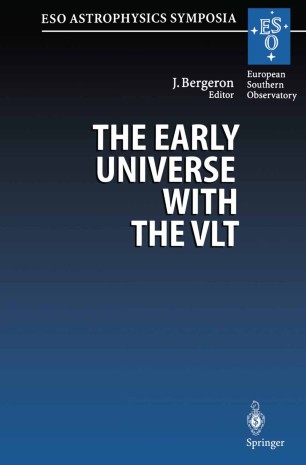 The Early Universe with the VLT

Proceedings of the ESO Workshop Held at Garching, Germany, 1–4 April 1996

This workshop is dedicated to research projects on the early universe, discussing strategies for studying faint distant objects in the optical and infrared spectral regions. This field is evolving very rapidly. Observational constraints on the evolution and formation of galaxies and large-scale structures as well as the cosmic chemical evolution were critically discussed with regard to theory and numerical simulations. In this context, the VLT first-generation instrument capabilities were presented comprehensively and their use as cosmological tools discussed. The concluding remarks focussed on the analysis of various possibilities for the VLT second-generation instrumentation. Many of these topics were covered by invited reviews and talks, as well as contributed talks. They are included in this volume together with the poster papers.