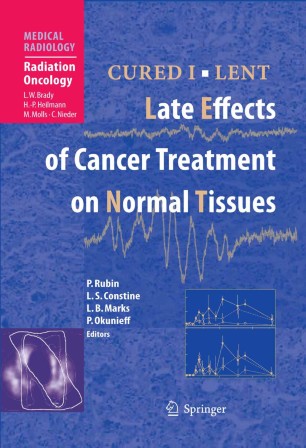 The search for the most favorable therapeutic ratio – at which ablation of cancer is achieved while normal tissues are conserved – has been modern radiation oncology’s equivalent of the quest for the Holy Grail. Our awareness of the late effects of radiation grew during the past century as new modalities were introduced. Heightened normal tissue reactions accompanied the higher rates of cancer ablation achieved by escalation of radiation doses, accelerated fractionated radiotherapy, and aggressive concurrent chemotherapy and radiation regimens. This volume is based on the LENT V NCI-sponsored meeting held in May 2004 and the CURED I conference held in 2006. Written by experts in the field, it addresses a number of critical topics relating to late effects, such as mechanisms of injury, the role of screening, options for interventions, second malignancies, and prevention. It is hoped that it will assist the reader in understanding how to prevent and treat the long-term side-effects of irradiation.