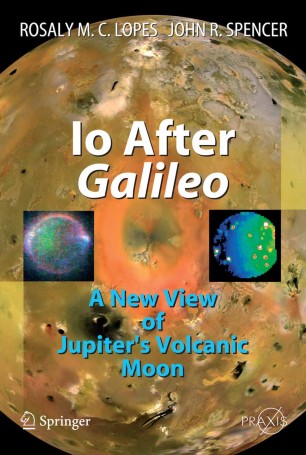 Jupiter’s moon Io is the Solar System’s most exotic satellite. Active volcanism on Io was discovered from observations by the Voyager 1 spacecraft in 1979, confirming a possibility suggested from theoretical studies of Io’s orbit. Our knowledge of Io’s volcanism, composition, and space environment were significantly increased as a result of observations by the Galileo spacecraft from 1996 through 2001. The end of the Galileo mission in 2003 makes this an ideal time to summarize the new results in a book as no book has ever been written about Jupiter’s volcanic moon, Io.