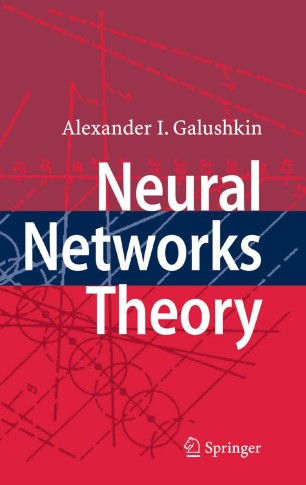 "Neural Networks Theory is a major contribution to the neural networks literature. It is a treasure trove that should be mined by the thousands of researchers and practitioners worldwide who have not previously had access to the fruits of Soviet and Russian neural network research. Dr. Galushkin is to be congratulated and thanked for his completion of this monumental work; a book that only he could write. It is a major gift to the world."

"Professor Galushkin, a leader in neural networks theory in Russia, uses mathematical methods in combination with complexity theory, nonlinear dynamics and optimization, concepts that are solidly grounded in Russian tradition. His theory is expansive: covering not just the traditional topics such as network architecture, it also addresses neural continua in function spaces. I am pleased to see his theory presented in its entirety here, for the first time for many, so that the both theory he developed and the approach he took to understand such complex phenomena can be fully appreciated."