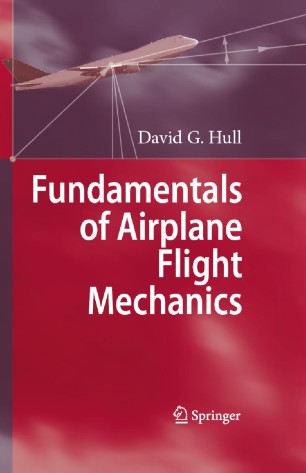 Airplane flight mechanics is the application of Newton's laws to the study of airplane trajectories (performance), stability, and aerodynamic control. This text is limited to flight in a vertical plane and is divided into two parts. The first part, trajectory analysis, is concerned primarily with the derivation of analytical solutions of trajectory problems associated with the sizing of commercial jets, that is, take-off, climb, cruise, descent, and landing, including trajectory optimization. The second part, stability and control, is further classified as static or dynamic. On each iteration of airplane sizing, the center of gravity is placed so that the airplane is statically stable. Dynamic stability and control is included to study the response of an airplane to control and gust inputs, which is needed for the design of automatic flight control systems. Algorithms are presented for estimating lift, drag, pitching moment, and stability derivatives.

Flight mechanics is a discipline. As such, it has equations of motion, acceptable approximations, and solution techniques for the approximate equations of motion. Once an analytical solution has been obtained, numbers are calculated in order to compare the answer with the assumptions used to derive it and to acquaint students with the sizes of the numbers. A subsonic business jet is used for these calculations.