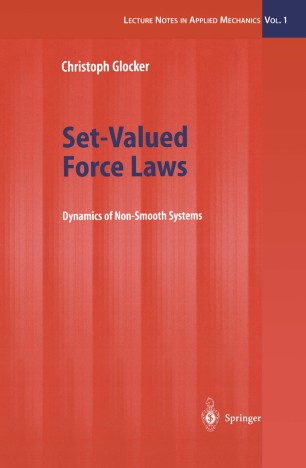 As one of the oldest natural sciences, mechanics occupies a certain pioneering role in determining the development of exact sciences through its interaction with mathematics. As a matter of fact, there is hardly an area in mathematics that hasn't found an application of some form in mechanics. It is thus almost inevitable that theoretical methods in mechanics are highly developed and laid out on different levels of abstraction. With the spread of digital processors this goes as far as the implementation in commercial computer codes, where the user is merely con­ fronted on the surface with the processes that run in the background, i. e. mechan­ ics as such: in teaching and research, as well as in the context of industry, me­ chanics is much more, and must remain much more than the mere production of data with the help of a processor. Mechanics, as it is talked about here, tradition­ ally includes a wide spectrum, ranging from applied mechanics, analytical and technical mechanics to modeling. and experimental mechanics, as well as technical realization. It also includes the subdisciplines of rigid body mechanics, continuum mechanics, or fluid mechanics, to mention only a few. One of the fundamental and most important concepts used by nearly all natural sciences is the concept of linearization, which assumes the differentiability of mappings. As a matter of fact, all of classical mechanics is based on the avail­ ability of this quality.