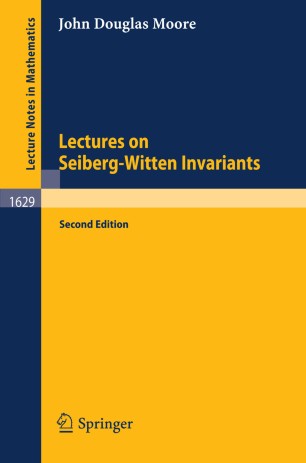 Riemannian, symplectic and complex geometry are often studied by means ofsolutions to systems ofnonlinear differential equations, such as the equa­ tions of geodesics, minimal surfaces, pseudoholomorphic curves and Yang­ Mills connections. For studying such equations, a new unified technology has been developed, involving analysis on infinite-dimensional manifolds. A striking applications of the new technology is Donaldson's theory of "anti-self-dual" connections on SU(2)-bundles over four-manifolds, which applies the Yang-Mills equations from mathematical physics to shed light on the relationship between the classification of topological and smooth four-manifolds. This reverses the expected direction of application from topology to differential equations to mathematical physics. Even though the Yang-Mills equations are only mildly nonlinear, a prodigious amount of nonlinear analysis is necessary to fully understand the properties of the space of solutions. . At our present state of knowledge, understanding smooth structures on topological four-manifolds seems to require nonlinear as opposed to linear PDE's. It is therefore quite surprising that there is a set of PDE's which are even less nonlinear than the Yang-Mills equation, but can yield many of the most important results from Donaldson's theory. These are the Seiberg-Witte~ equations. These lecture notes stem from a graduate course given at the University of California in Santa Barbara during the spring quarter of 1995. The objective was to make the Seiberg-Witten approach to Donaldson theory accessible to second-year graduate students who had already taken basic courses in differential geometry and algebraic topology.