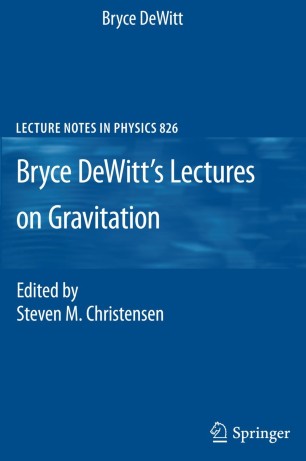 Bryce DeWitt, a student of Nobel Laureate Julian Schwinger, was himself one of the towering figures in 20th century physics, particularly renowned for his seminal contributions to quantum field theory, numerical relativity and quantum gravity. In late 1971 DeWitt gave a course on gravitation at Stanford University, leaving almost 400 pages of detailed handwritten notes. Written with clarity and authority, and edited by his former student Steven Christensen, these timeless lecture notes, containing material or expositions not found in any other textbooks, are a gem to be discovered or re-discovered by anyone seriously interested in the study of gravitational physics.