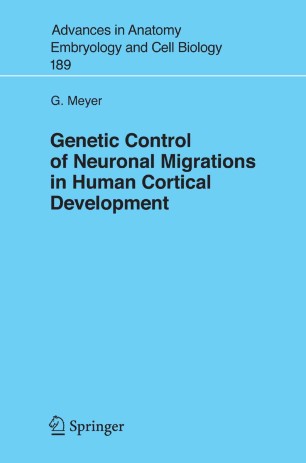 1 Introduction Cortical development is a complex, tightly regulated process that eventually leads to the six-layered adult human neocortex, the substrate of the unique cognitive, emotional, and social abilities of our species. The basic mechanisms of early cortical development are believed to be very similar among mammals, which has led to a tendency of extrapolating experimental data from rodents on humans. Certain traits, such as the general pattern of forebrain regionalization and expression of region-speci?c genes, seem to be conserved among vertebrates (e. g. , Kammermeier and Reichert 2001; Puelles et al. 2000; Smith Fernandez et al. 1998; Abu-Kahlil et al. 2004). Furthermore, the idea of a basic uniformity of neocortical structure in all mammals, proposed by Rockel et al. (1980), has found wide acceptance. One of the recurrent themes of this monograph deals with exactly these questions: How similar are the developmental processes in lower mammals and in primates, in particular, in humans? Are there peculiarities in human cortical development which do not exist, or are not easily recognizable, in rodents? One of the most noticeable changes during evolution has been the dramatic increase in brain size, linked to the capacity to generate more neurons. The p- longed period of neurogenesis in anthropoid primates and humans makes possible a higher number of mitotic cycles, so that each dividing progenitor cell undergoes more rounds of cell divisions (Kornack and Rakic 1998). In mice, cortical p- genitors undergo 11 rounds of cell division (Takahashi et al.