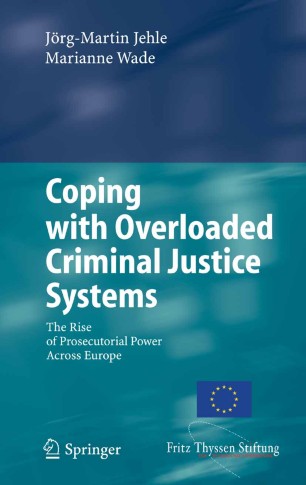 The Rise of Prosecutorial Power Across Europe

The comparative study documented here was supported by the Fritz-Thyssen Foundation and the European Commission. It examined prosecution services in different European countries intending to understand their national role and function within the respective criminal justice system and thereby to highlight common features and important differences between European systems. The prosecution service is regarded as a part of the criminal justice system; a coherent system under pressure to deal with high numbers of cases. Within this system the prosecution level is increasingly becoming the decisive stage reducing its workload by means of simplified methods and proceedings.

The research was carried out by a network of experts from England and Wales, France, Germany, the Netherlands, Poland and Sweden in order to develop common questions and data collection concepts and to gather the country-specific information required to allow comparison. The study deals with an area in which little research has been done and which is increasingly becoming the central, decision-making level of evolving criminal justice systems, with far-reaching consequences for society and the fundamental principles of criminal law.