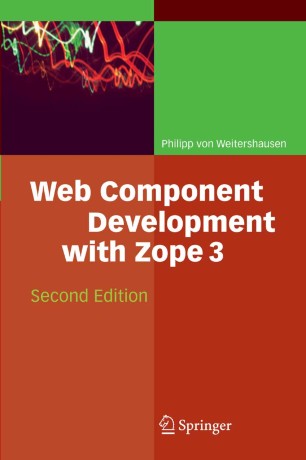 Zope is a powerful Python web application platform for developing complex web applications rapidly and collaboratively. Zope 2, especially in combination with the Content Management Framework (CMF), has been the basis of several successful open source content management systems such as Plone. With version 3, Zope has been rebuilt on top of a Component Architecture that combines the best ideas available from modern web platforms.

This book focuses on Zope 3, though it also addresses the needs of Zope 2 developers who want to use Zope 3 features as they are backported into the Zope 2 platform. First, the key concepts of Zope and its Component Architecture are introduced. Each of Zope's capabilities is demonstrated by building a sample application and then extending it with more features. The book is targeted towards all developers familiar with web technologies such as HTTP, (X)HTML and XML, and Zope's implementation language itself: Python.

Now in its second edition, the book has been overhauled completely. It has been adapted to the changes and new features in Zope 3 since its first release. The new edition also makes it easier to get started with Zope, incorporating input and suggestions from Zope 3 experts and newcomers alike.