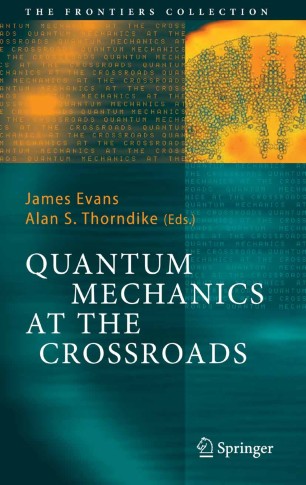 Quantum Mechanics at the Crossroads

Quantum mechanics is a beautiful, strange and successful theory that originated in the 1920s. The theory, which Niels Bohr regarded as finished and complete, has in the last few decades rapidly developed in unexpected directions. An intense new focus on the stranger aspects of the theory, including entanglement and nonlocality, has resulted in new perceptions of the foundations of quantum mechanics, as well as surprising new exploitations of quantum phenomena. Historians and philosophers of science have also renewed their attention to quantum mechanics, opening up its human dimensions and asking searching questions about its meaning. This volume brings together new insights from different vantage points: Historians of physics, such as J. L. Heilbron; philosophers of science, such as Abner Shimony and Michel Bitbol; and quantum physicists, such as Wolfgang Ketterle and Roland Omnès, join forces to tackle essential questions in quantum mechanics and its interpretation. All the authors have written for a broad readership, and the resulting volume will appeal to everyone wishing to keep abreast of new developments in quantum mechanics, as well as its history and philosophy.