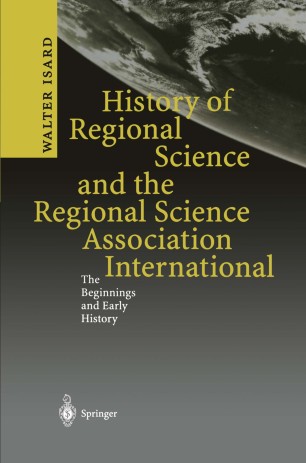 The Beginnings and Early History

The book portrays how a new unique social science field of study evolved and describes the formation of a society associated with the field. It starts with the rise of Hitler, the advent of the Keynesian Revolution, the intense mathematization of economics and relates how an individual's creative thinking, later supplemented by that of others, was able to effectively combat the strong resistance of conventional social sciences-economics and geography in particular to attain full scale recognition as a basic social science area covering the sorely neglected theoretical and related applied analysis of spatial, locational and regional phenomena. The book depicts the first stage of development in North America, then because of demonstrated applied findings on problems where only theory and just talk existed in economics and geography, spread rapidly into Europe, then Japan, India, Australia, South Korea and Latin America, and recently into Indonesia and China and elsewhere. It has become today, in the mind of the founder and author, to be among the leading areas of study (if not the leading one) in attacking the globalization problems -economic, political and cultural- of the world economy and its major regions.

"This book is a fascinating read for anyone who has had any involvement in the events and activities of the Regional Science Association … . written from the perspective of the figure who is widely acknowledged to be the father of that field. … This book helps participants to understand better the origins and early inspiration for his evangelical role and how he came to give early momentum to the multidisciplinary movement … ." (Peter J B Brown, Environment and Planning B: Planning and Design, Vol. 31, 2004)