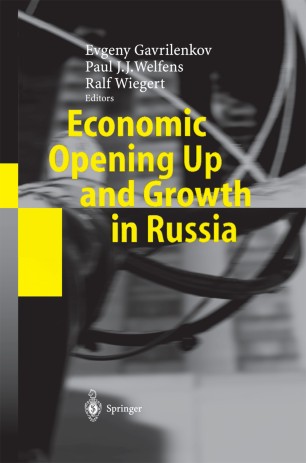 Economic Opening Up and Growth in Russia

After a decade of sharp economic decline, Russia switched to an impressive period of economic growth. Yet the economic record is still mixed, and many key problems remain unresolved, both in the economic sphere and the political system. The focus is on economic dynamics in Russia, reasons for its hesitant opening up process as well as the special role of the natural resources sector which is expected to continue to grow. This analysis highlights the existing deficiencies of the Russian economic system and raises doubts about the sustainability of growth. Twin focus is on required reforms and endogenous forces that impair liberalizing trade and investment in an orderly way. Russian discussions on WTO and other international topics are reflected.