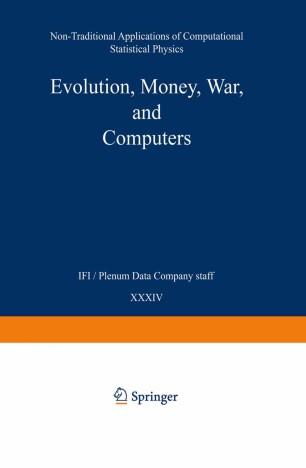 This book for physicists, biologists, computer scientists, economists or social scientists shows in selected examples how computer simulation methods which are typical to statistical physics have been applied in other areas outside of physics. Our main part deals with the biology of ageing, while other examples are the functioning of the immune system, the structure of DNA, the fluctuations on the stock market, theories for sociology and for World War II. Are leaky water faucets similar to our heartbeats? Throughout the book we emphasize microscopic models dealing with the action of individuals, whether they are cells of the immune system or traders speculating on the currency market. Complete computer programs are given and explained for biological ageing. The references try to introduce the expert from the covered other fields to the relevant physics literature; and they also show the physicists the way into the biological literature on ageing.