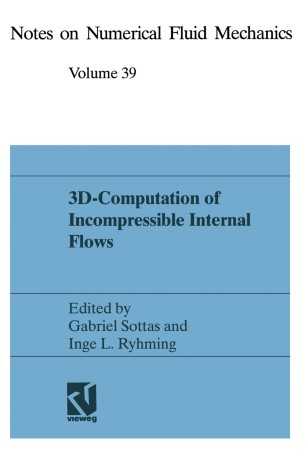 The aim of the 1989 GAMM Workshop on 3D-Computation of Incompressible Internal Flows was the simulation of a realistic incompressible flow field in an important industrial application. In view of the difficulties involved in formulating such a test case, requiring the availability of an experimental data base, extreme care had to be taken in the selection of the proper one. Professor I. L. Ryhming's proposal, that the flow through a Francis turbine configuration or parts thereof would be feasible as a test case, because of the numerical challenges as well as the possibility to produce an experimental data base by using the experimental facilities of the Hydraulic Machines and Fluid Mechanics Institute (IMHEF) at the Swiss Federal Institute of Technology in Lausanne (EPFL), was accepted by the GAMM Committee in April 1987. A scientific committee, formed under the chairmanship of Professor I. L. Ryhming, met a few times to decide on the Francis turbine configuration, the test case specifications, etc. , whereby the design input came from the water turbine experts. This committee decided to restrict the studies to the three following typical applications for the best operating point of the turbine: • simulation of the 3D flow in a Francis runner in rotation • simulation of the 3D flow in the distributor (stay and guide vane rings) of this turbine • simulation of the 3D flow in an elbow draft tube The simultaneous computation of two or three of these geometries was encouraged.