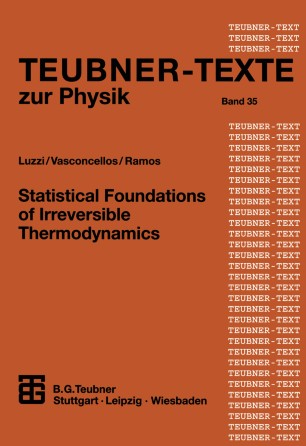 Some aspects of the physics of many-body systems arbitrarily away from equilibrium, mainly the characterization and irreversible evolution of their macroscopic state, are considered. The present status of phenomenological irreversible thermodynamics is described. An approach for building a statistical thermodynamics - dubbed Informational-Statistical-Thermodynamics - based on a non-equilibrium statistical ensemble formalism is presented. The formalism can be considered as encompassed within the scope of the so-called Predictive Statistical Mechanics, in which the predictability of future states in terms of the knowledge of present and past states, and the question of historicity in the case of systems with complex behaviour, is its main characteristic. The book is recommended for researchers in the area of non-equilibrium statistical mechanics and thermodynamics, as well as a textbook for advanced courses for graduate students in the area of condensed matter physics.