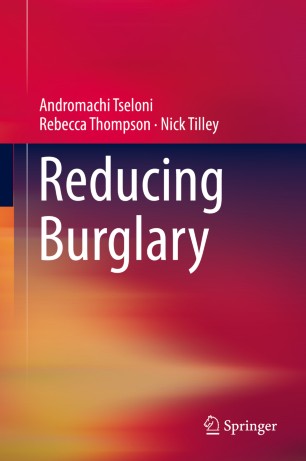 Domestic burglary has fallen significantly over the past 20 years in many countries, but still remains a high volume crime. On top of substantial financial loss and property damage, burglary also leads to high levels of anxiety and fear of crime. The research presented in this book represents the first systematic study of what actually works in security interventions against burglary, with cross-sectional data on different regions and socio-economic population groups.
This work provides an overview of the scope of the problem and what can be done about it, drawing on extensive research evidence from projects funded by the Economic and Social Research Council (ESRC) Secondary Data Analysis Initiative (SDAI), and other sources. It reports detailed findings about which interventions are most effective for different population groups and how these measures can be implemented. It includes burglary prevention advice for homeowners, law enforcement and other public agencies, and makes recommendations for future research.
In addition to being relevant to concerned citizens, police, policy-makers and crime prevention practitioners, this book will also be of interest to researchers in criminology and criminal justice, particularly those working on security and crime prevention, as well as urban planning and public policy.

Andromachi Tseloni is Professor of Quantitative Criminology at Nottingham Trent University. She has a BA(hons.) and an MA from Athens University of Economics and Business and a PhD in Econometrics and Social Statistics from the University of Manchester and has held posts in a number of universities in Greece, the United Kingdom and the United States. Her research focuses upon the individual and environmental factors that shape victimisation risk and repetition. This research has explored in particular victimisation inequalities, and the role that security has played in the crime drop across a number of offence types.

Rebecca Thompson is a Senior Lecturer in Criminology at Nottingham Trent University. Her research focuses upon household burglary, anti-social behaviour and police-academic collaboration. Much of this involves working with external partners, for example the East Midlands Policing Academic Collaboration (EMPAC). Rebecca graduated with a PhD in Criminology in 2014. Prior to this, she worked for a police force in the UK (with a specific remit around crime reduction and community safety) before being awarded a Vice-Chancellor's Scholarship to undertake doctoral study. Since her PhD, she has held research and teaching positions at a number of academic institutions.

Nick Tilley is a Professor in the UCL Department of Security and Crime Science, Emeritus Professor of Sociology at Nottingham Trent University and an adjunct professor at the Griffith Criminology Institute in Brisbane. His academic work has been devoted to developing and delivering theoretically informed applied social science. Specific interests lie in evaluation methodology, the international crime drop, problem-oriented policing and situational crime prevention, about all of which he has published extensively. He was awarded an OBE for Services to Policing and Crime Reduction in 2005 and elected a Fellow of the Academy of Social Sciences (FAcSS) in 2009.