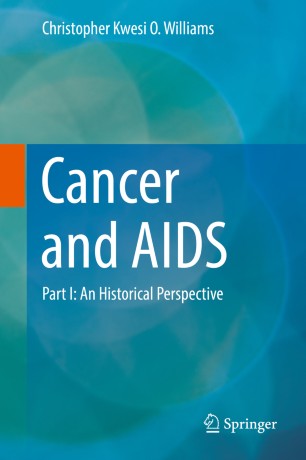 Part I: An Historical Perspective

This series of books is about the nature of cancer and retroviral diseases, including AIDS, their presentation and the challenges associated with their control, especially in the low- and middle-income countries. Anxiety about these diseases is a global phenomenon, and so also is the confusion about their origins. Studies of Egyptian mummies in paleopathology have documented the ancient occurrence of cancer, but not for AIDS and allied disorders, for which a role of modern lifestyle is more likely. These diseases share a background of worldwide variability of opulence and poverty, rather than heredity, in their manifestation and control.
In these days of unprecedented advances in cancer and HIV/AIDS discoveries, it is easy to forget the not-so-long-ago humble beginning of cancer and HIV/AIDS research. This book covers what we know of cancer, beginning in the antiquity to its more recent recognition as a public health challenge, the global nature of the struggle against it, including the contributions from the “Golden Age” of cancer research in Africa. It also reviews the emergence of HIV/AIDS as a mysterious killer of young men in affluent societies, and its transformation to a pandemic, with significant association with poverty, deprivation, and its transformation to a disease of global challenge.
Much of the information on oncology concentrates on the nature of the disease in the in developed countries, where emphasis tends to be on adult cancers, and less so on those of childhood and adolescence, an important population group in countries of limited resources. Furthermore, much of the available cancer control information reflects expensive and often-unaffordable curative practices of well-endowed nations, rather than public health approaches, which may be more relevant and appropriate for much of the rest of the world.
This book is the work of an extensively traveled oncologist and human retrovirology enthusiast with an international educational and professional background in resource poor and developed countries, who therefore, is able to compare and contrast health related observations and challenges in diverse settings.
Practicing and academic physicians in the emerging economies of Eastern Europe, Asia, South America and Africa, who are facing the challenge of cancer and AIDS as their populations transition from traditional to more affluent lifestyles, will find this series of books particularly informative. Oncologists, retrovirologists and others in developed countries, who are concerned about the global impact of cancer and AIDS, and are promoting related global health interventions, should read this collection, the topic of which is also relevant to officials of international agencies and resource-limited national public health policy units.