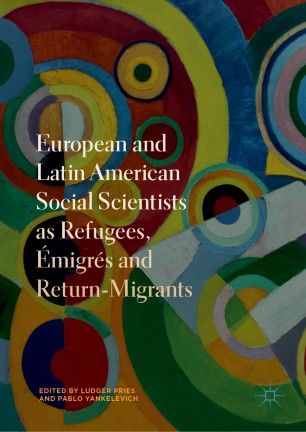 During the 1930s, thousands of social scientists fled the Nazi regime or other totalitarian European regimes, mainly towards the Americas. The New School for Social Research (NSSR) in New York City and El Colegio de México (Colmex) in Mexico City both were built based on receiving exiled academics from Europe.

Comparing the founding and first twenty years of these organizations, this book offers a deeper understanding of the corresponding institutional contexts and impacts of emigrated, exiled and refugeed academics. It analyses the ambiguities of scientists’ situations between emigration, return‐migration and transnational life projects and examines the corresponding dynamics of application, adaptation or amalgamation of (travelling) theories and methods these academics brought. Despite its institutional focus, it also deals with the broader context of forced migration of intellectuals and scientists in the second half of the last century in Europe and Latin America. In so doing, the book invites a deeper understanding of the challenges of forced migration for scholars in the 21st century.

Ludger Pries is Chair for Sociology at Ruhr-Universität Bochum, Germany.

Ludger Pries is Chair for Sociology at Ruhr-Universität Bochum, Germany. His recent books include Refugees, Civil Society and the State. European Experiences and Global Challenges (2018), Refugee Protection and Civil Society in Europe (2018, Cross-border Staff Mobility. German and Mexican Profit- and Non-Profit-Organisations between Centre-Periphery and Transnationalization (2015), Shifting Boundaries of Belonging and New Migration Dynamics in Europe and China (2013).

Pablo Yankelevich is Professor at the Centro de Estudios Históricos of El Colegio de México, México. He is the editor of the Journal Historia Mexicana; the author of more than a hundred journal articles and book chapters; and author, coauthor, or editor of more than twenty books in English and Spanish.