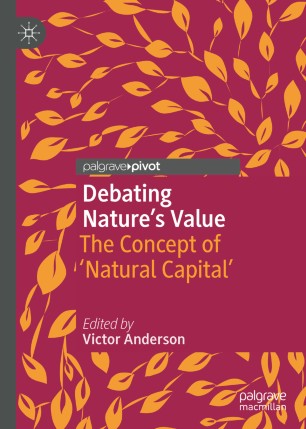 The Concept of 'Natural Capital'

The concept of 'Natural Capital' has come to play a central role in current debates about biodiversity and nature conservation. It implies an approach to the natural world based on the valuation of places and species in terms of money. This is, in a variety of ways, both attractive and problematic.

This edited collection comprehensively discusses the issues raised by the concept of 'Natural Capital', with contributors presenting not only arguments for and against the widespread adoption of the idea, but also viewpoints arguing for nuanced, pragmatic and middle-ground positions.

Victor Anderson is Visiting Professor at the Global Sustainability Institute at Anglia Ruskin University, UK. Previously he was an economist for the UK Sustainable Development Commission and the World Wildlife Fund.