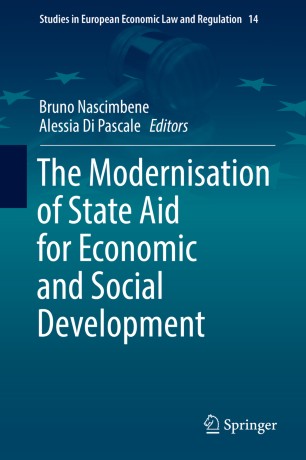 The Modernisation of State Aid for Economic and Social Development

This book analyses the recent modernisation of EU State aid law from various perspectives, and considers both substantive and procedural aspects. It also discusses the reasons for, and the goals and future implications of the modernisation programme, including the evolution of the concept of State aid. The ambitious reform programme was launched in 2012 and has now been almost fully implemented by virtue of the adoption of new rules of procedure in July 2013, and exemption in June 2014. The book highlights the main aspects of this sector reform, which include the Commission’s change of attitude towards so-called positive aid, i.e. those able to promote economic growth, and the intention to focus on matters of greater systematic extent. These objectives also imply a third aspect: increasing the intensity of the control powers conferred on the Commission with regard to that aid that prove to be harmful to competition and the internal market. The book also examines the greater responsibility given to States for self-assessment of their economic policy measures, and explores the resulting impact on, and challenges posed to the administrations of the Member States. The book’s second part is devoted to the application State aid rules in the area of services of general economic interest, with a special focus on aid in the field of social health and infrastructure.