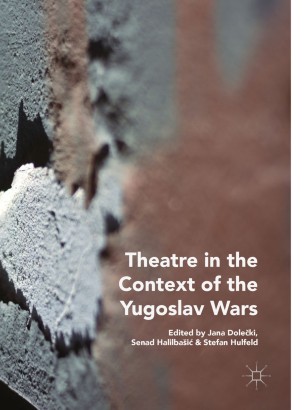 Theatre in the Context of the Yugoslav Wars

This book assembles texts by renowned academics and theatre artists who were professionally active during the wars in former Yugoslavia. It examines examples of how various forms of theatre and performance reacted to the conflicts in Serbia, Croatia, Bosnia and Herzegovina, Slovenia, and Kosovo while they were ongoing. It explores state-funded National Theatre activities between escapism and denial, the theatre aesthetics of protest and resistance, and symptomatic shifts and transformations in the production of theatre under wartime circumstances, both in theory and in practice. In addition, it looks beyond the period of conflict itself, examining the aftermath of war in contemporary theatre and performance, such as by considering Ivan Vidić’s war trauma plays, the art campaigns of the international feminist organization Women in Black, and Peter Handke’s play Voyage by Dugout. The introduction explores correlations between the contributions and initiates a reflection on the further development of the research field. Overall, the volume provides new perspectives and previously unpublished research in the fields of theory and historiography of theatre, as well as Southeast European Studies.