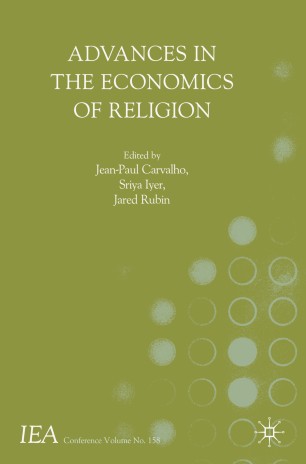 Advances in the Economics of Religion

This edited collection brings together expertise from around the globe to overview and debate key concepts and concerns in the economics of religion. While the economics of religion is a relatively new field of research in economics, economists have made and continue to make important contributions to the understanding of religion. There is much scope for economists to continue to make a significant contribution to debates about religion, including its implications for conflict, political economy, public goods, demography, education, finance, trade and economic growth.