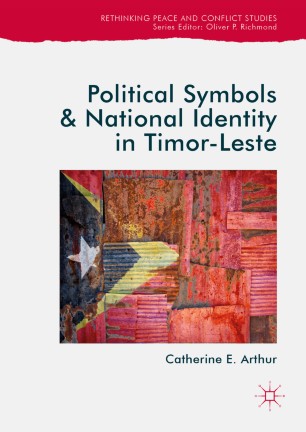 This book explores how national identity has been negotiated and (re)imagined through the political symbols that embody it in post-conflict Timor-Leste. It develops a Modernist approach to nations and nationalism by incorporating Bourdieusian theories of symbolic capital and conflict, to examine how national identity has been constructed and represented in political symbols. Taking case studies of flags, monuments, national heroes, and street art, it critically analyses how a diverse population has interpreted and (re)constructed its national identity throughout the first decade of independence, and how the transition from a context of conflict to peace has influenced such popular imaginings. By examining these processes of identification with a wide range of symbols, the book discusses the numerous challenges that this young nation-state still faces, including victimhood and recognition, democratization and electoral politics, the political role of cosmology and spirituality, and post-colonial generational differences and divisions.
Catherine Arthur is currently an Early Career Researcher. Dr Arthur's research on post-conflict nation-building, identity politics, and symbols particularly focuses on Timor-Leste as a transitional society.