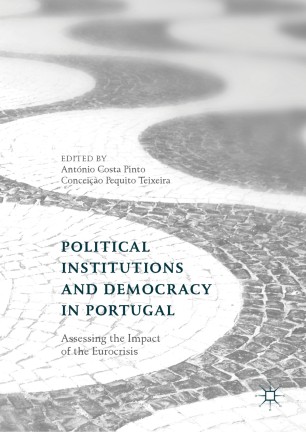 Political Institutions and Democracy in Portugal

Assessing the Impact of the Eurocrisis

This book examines how patterns of political representation, party system, and political culture have changed in Southern Europe following the “Great Recession” of 2008. It draws on the experience of Portugal to argue that austerity measures have significantly deepened the legitimacy crisis of democratic institutions, but the resilience of party system is remarkable in comparison. The case of Portugal present some interesting differences from other southern European democracies, since on one hand it suffered a deep economic crisis and the consequent bailout from the International Monetary Fund, the European Central Bank and the European Union, but on the other hand the party system remained stable. Nevertheless the impact of the crisis did reinforce a centre-periphery cleavage within the European Union, and especially in the Eurozone, Portugal is a central element of this new cleavage notoriously aggravated by the Brexit.