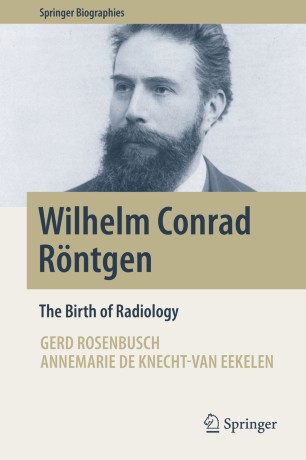 The Birth of Radiology

This book, which will appeal to all with an interest in the history of radiology and physics, casts new light on the life and career of Wilhelm Conrad Röntgen, showing how his personality was shaped by his youth in the Netherlands and his teachers in Switzerland. Beyond this, it explores the technical developments relevant to the birth of radiology in the late nineteenth century and examines the impact of the discovery of X-rays on a broad range of scientific research.

Röntgen (1845-1923) was born in Lennep, Germany, but emigrated with his family to the Netherlands in 1848. As a 17-year-old he moved to Utrecht, entering theTechnical School and living at the home of Dr. Jan Willem Gunning. In this well-educated family he was stimulated to continue his studies at university. In 1868 he received a diploma from the Federal Polytechnic School in Zurich and just a year later completed a PhD in physics. He followed his mentor, August Kundt, to the universities of Würzburg (1870) and Strasburg (1872) and married Anna Ludwig in 1872. In 1879 Röntgen gained his first professorship at a German university, in Giessen, followed by a chair in Würzburg in 1888. Here he discovered X-rays in 1895, for which he received the first Nobel Prize in physics in 1901. From 1900 until his retirement in 1921 he occupied the chair of physics at the Munich University.